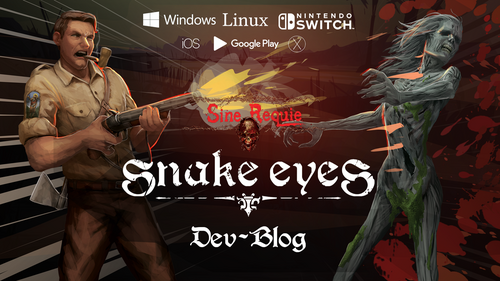 Greetings, Inquisitors! At the end of our past dev-blog, we were left with the question: "Are videogames doomed to linear and unchanging stories?"
Today we'll tell you about the tricks and stratagems we employed to give as much freedom as possible to Sine Requie Snake Eyes' players. Normally, each state within a story represents a constant: a static element which can be visited by a player provided they make the right choices. 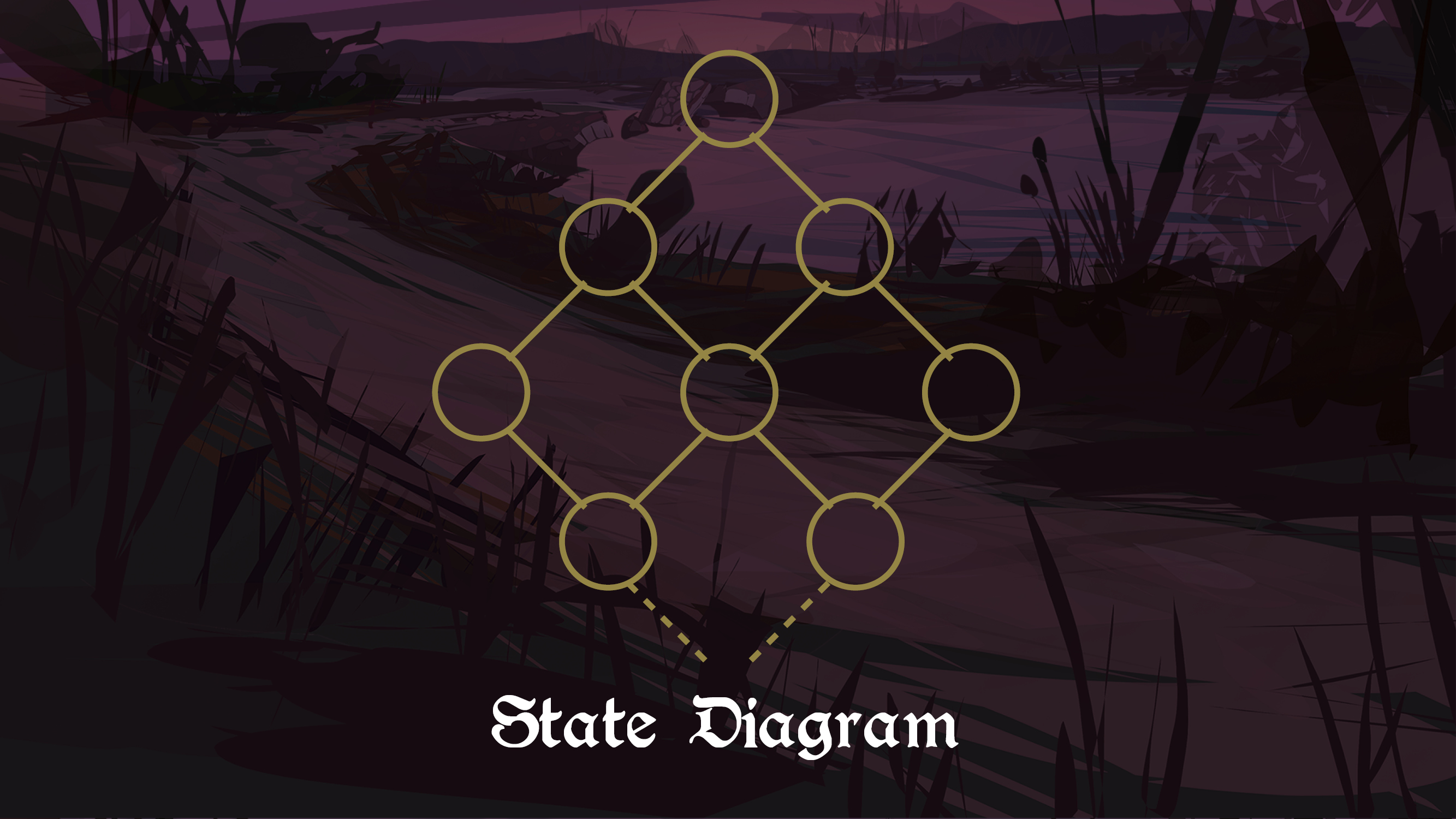 Let's take a traditional printed gamebook: each choice leads to a numbered paragraph, and each of these paragraphs is in fact a state-constant. When it comes to videogames, however, we can make use of variables that will allow us to increase the number of possible outcomes without having to generate an unwieldy number of states in our graph.

Photos are taken from the game book of Lone Wolf written by Joe Dever (1984). Photos owned by the Museum of Computer Adventure Game History http://mocagh.org/loadpage.php?getgame=lonewolf1c

Game variables are elements that can change depending on several conditions, such as the hour of day, the group's health, or even previous choices that the player has made over the course of the story. Part of a state-consequence must be constant, but it can contain variable elements in order to better conform to whatever choices have been made by the player.

Let's take the following example, where the player selects Vilma and orders her to search a dark room in which a Dead is hiding. This action implies the drawing of a Tarot card. Let's say the Lover tarot has been drawn: the consequence created will be as follows.

"Vilma stepped towards the room's door, eyes searching the deep darkness. She had sensed a movement inside. Perhaps because of her tension, perhaps because of the noise caused by her companions, she noticed the Dead far too late: she had to fight. Vilma could only blame Rodolfo for this." 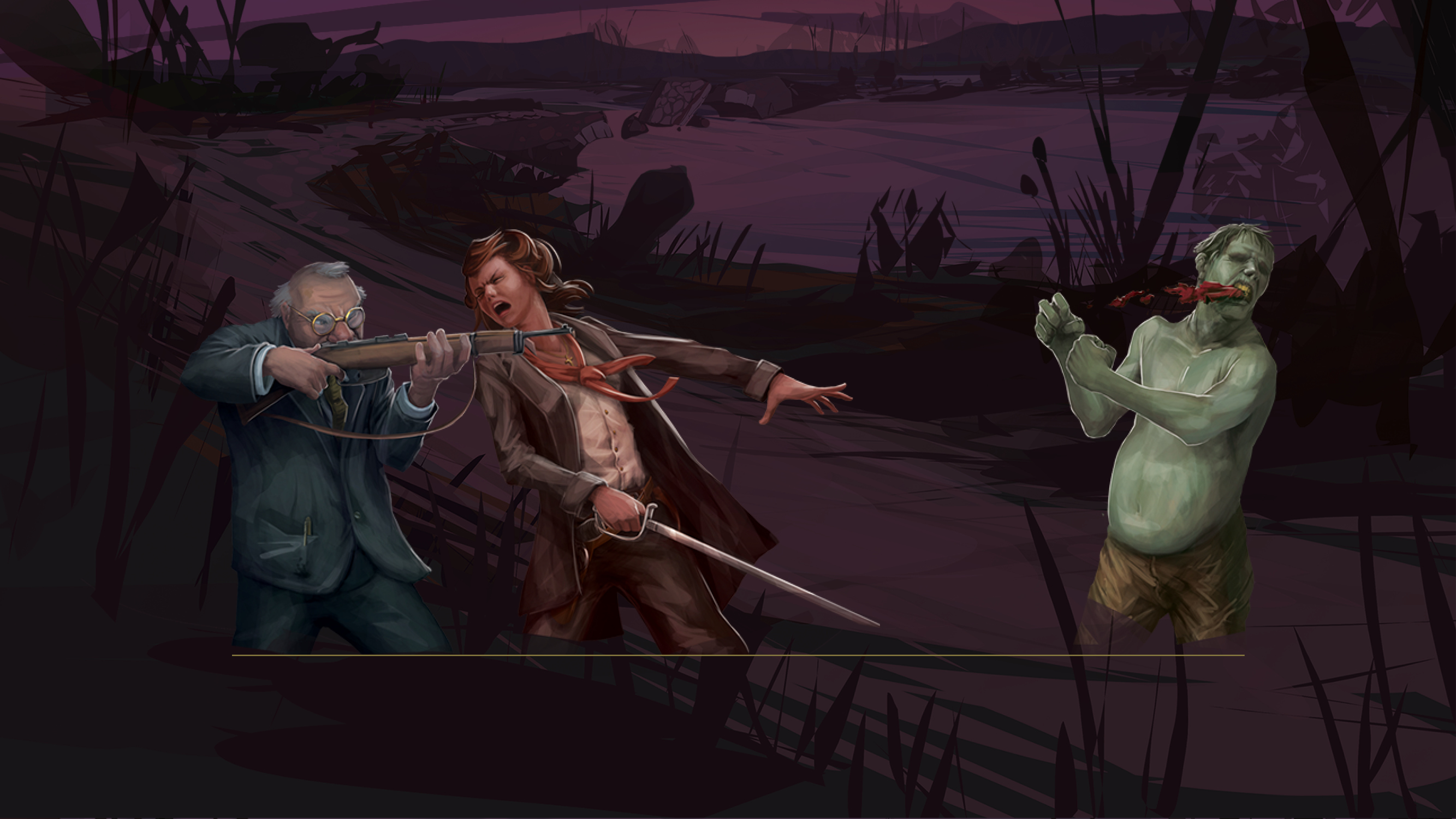 Most of this text is the constant part of this state, this never changes.
The text in Green varies based on which character performs the action.
The text in Violet is a variable too, and is based on the number of characters in the group.
The text in Red is a consequence of the Tarot drawn, the Lovers, which represents how another member of the group is responsible for the failure.
This operation allows us to tailor the game experience based on the player's choices, even for the darkest of outcomes: each character may die, but the story will still go on.

Over the course of the coming weeks we will explain how this method forced us to fix the possible Butterfly Effects that were created by alternate timelines, an operation named "Wibbly Wobbly Timey Wimey Stuff".